Two or more lines that meet or cross each other at a common point are called Intersecting Lines and also they are coplanar to each other. The common point at which they meet in the same plane is known as the point of intersection. The intersection of two or more straight lines is possible when they are not parallel lines.

The following figure will show how intersecting lines share a common point in a plane.

In the above figure, point O is the point of intersection of lines.

If we look at our surroundings, will find many real-life examples related to intersecting lines. Corners of a wall, edges of a book, the crossroads, alphabet letter L, and the scissors of the arm (also share a common point) are some examples of Intersecting Lines in real life.

In the following figure, you can see the clear representation of a common point with the pair of vertical angles. 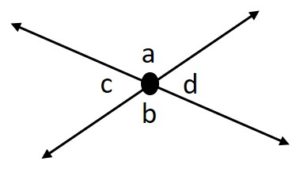 The below points help you to identify the lines which are intersected. 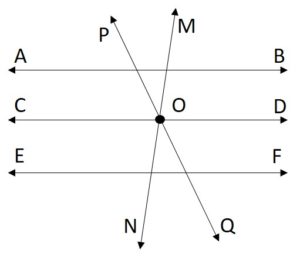 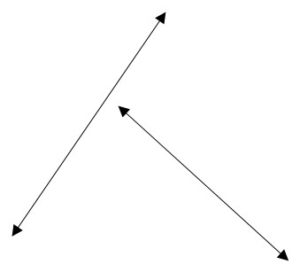